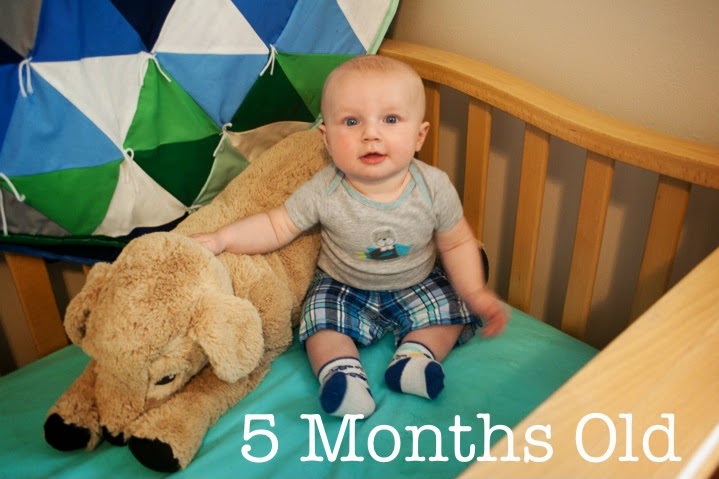 Oh Hilton my darling little love, your fifth month seriously went by in the blink of an eye. Your personality has really truly started to come out showing us what a happy baby you are with a touch of mom's sass and desire for independence. You have started to do some serious tricks including rolling over a ton making diaper changes close to impossible, and also started sitting up almost overnight.

You're still in size six months clothes and size two diapers, but you have almost grown to long for your carseat (good until 30 inches). Since you were 27 inches at your 4 month check up I'm estimating you will be 30 inches by your six month checkup and we will have to go buy a convertible carseat. I knew you wouldn't last in a newborn carseat for very long, but I didn't think you'd be ready to move out of it so quickly!

We started sleep training this past month and you had a couple rough nights and then started to adjust after about a week of refusing to let you have more than one bottle during the night. You are now waking up only once or twice and mom is very grateful for the extra sleep. Also because of your new found ability to roll over, you have managed to roll over in the middle of the night so when mom went into to get you it scared her half to death that you were still swaddled with your face down against the mattress. Needless to say we have stopped swaddling your arms and now are just swaddling your legs and will hopefully soon stop swaddling all together to adjust you from being swaddled. You are still eating mainly formula with the one baby food feeding around seven pm and have so far showed how much you love sweet potatoes, bananas, green beans, and carrots. You so far hate applesauce or peaches (too bitter maybe?) and peas you aren't a huge fan of.

We have found that you are really starting to show interest in stuffed animals, especially the giraffe that mom got when she first found out you would be joining the family. You are so expressive when you get excited or look or inspect something new and it's so fun to watch you figure things out. We love buying new toys-you are so curious to put every little inch in your mouth along with anything else you can get your hands on.

After your very first experience swimming right after you turned five months I am very very excited to see how you do with the mommy-baby swim lessons we signed you up for that begin in June. I really hope you'll love it!

Daddy is loving seeing you giggle when the dogs are around you.

Mommy is loving how you've started to grab your feet and toes when ever you have the opportunity.

The doggies are loving helping mom wake you up in the morning and bathe you before bed. They always have to inspect what's going on with you! 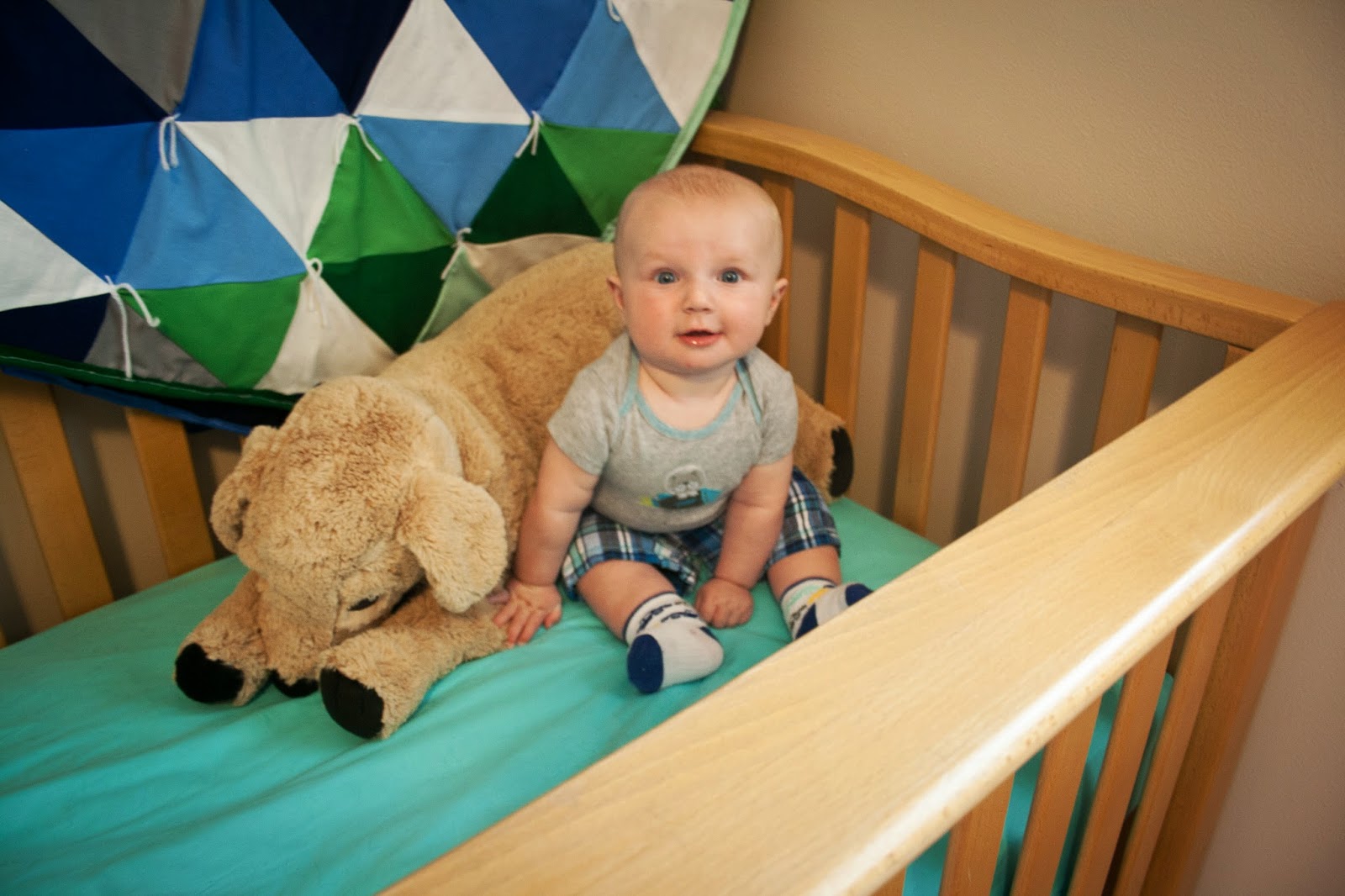 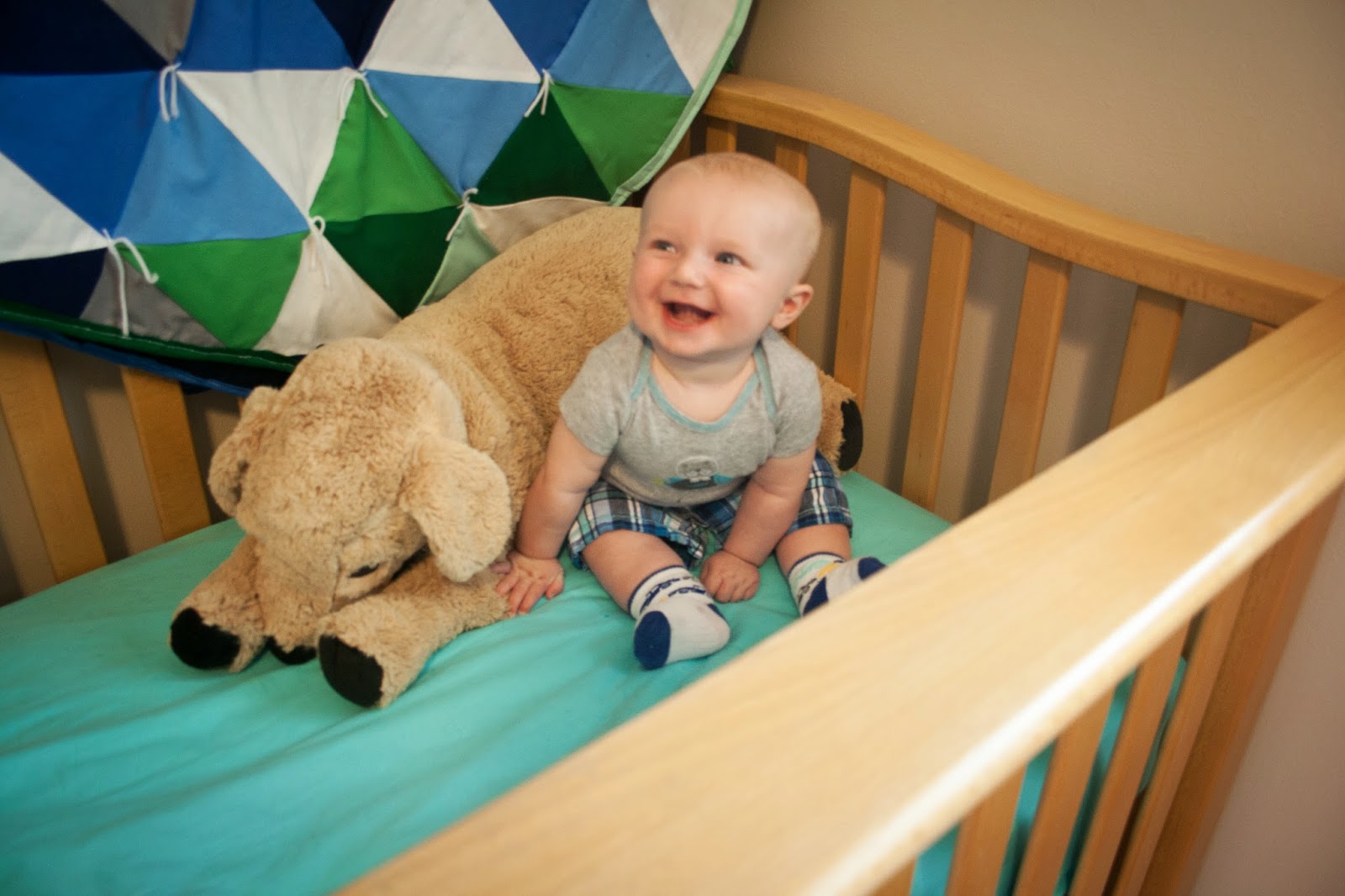 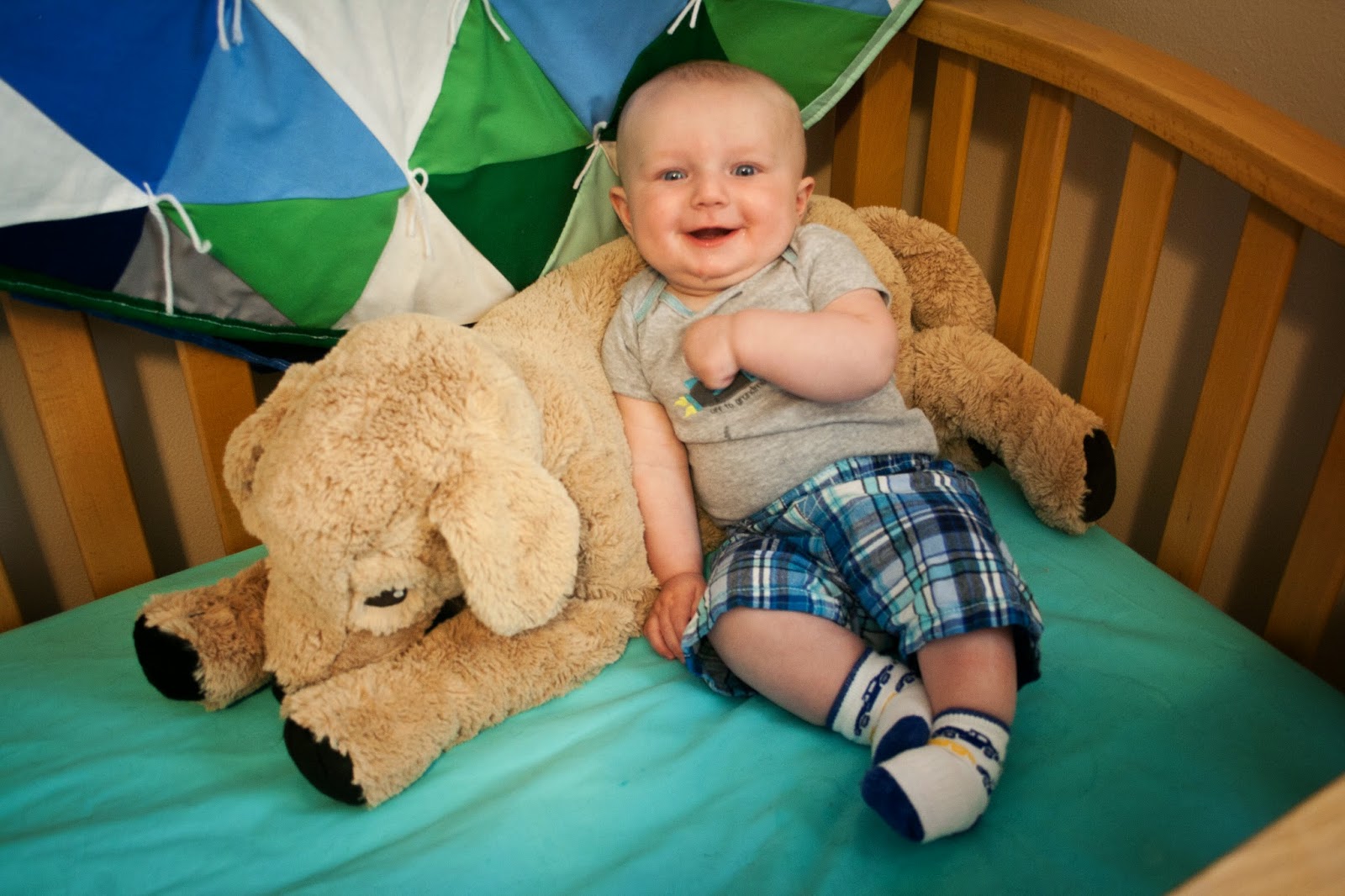 written by Melissa Smith 1 comments
Email ThisBlogThis!Share to TwitterShare to FacebookShare to Pinterest

I'm not the mom I thought I would be

Before getting pregnant I had all these expectations of what I thought being a 'good' mother entailed. When I got pregnant those expectations were magnified even more. I did the typical thing most soon-to-be parents do and made a checklist of things I was going to do and what I was not going to do (this is normal right?). This ranged from what kind of baby accessories I was going to use to what techniques I felt were appropriate for parenting my child. I added one or two things each time I browsed parenting blogs or pinterest for checklists or suggestions regarding parenting techniques or paraphernalia and my list subsequently grew. On every blog I looked at or found through Pinterest, it seemed that all the other parents had fully embraced and succeeded at raising their children in the most environmentally, organic, new-age way possible. It appeared to me that their way was the best, mainly because that was the only way that was highly publicized or talked about. And so I matched my expectations to what they clearly had stated was 'the best' and supposedly achievable.

I had it all planned out. I was going to have a natural no-drugs induced delivery and by 38 weeks no less. I was going to be the mother who left the hospital fresh faced after enjoying her stay with her precious newborn in her arms clothed in organic baby fabric washed in dreft or better yet homemade detergent, because that's clearly what you're supposed to wash baby clothes in. Since I was going back to work after maternity leave I planned on being 'that' mother who worked a full time job and was able to come and make house beautiful each day and have a lovely home cooked meal for dinner each night. I was going to be that mother who breezed suavely through the grocery store trim and back to pre-baby weight in snazzy looking workout clothes with a sharply dressed baby happily giggling away in the stroller, while I bought only organic fruits and veggies and fresh ground peanut butter.

I even had it planned out that I was going to bring home my baby and cloth diaper him until the age of two, and proudly announced it on our baby shower invites and to anyone who would listen. Naturally only environment hating lazy mothers used disposable diapers these days. I even had a set of family members get me a Baby Bullet so I could make my own homemade baby food, which automatically started me thinking that I definitely needed to do that too. Because come on, who feeds their baby store bought baby food anymore. Clearly none of these mother's blogs I was reading. On top of it all I even went so far as to ensure that we got an Ergo baby carrier because every other carrier is incredibly bad for your babies health, likewise I only bought the 'green' baby butt paste because the other stuff wasn't crisply packaged in environmental friendly colors and packaging.

And then the baby came.

He did not want to be swaddled at all when he was first born. So all those organic baby wraps collected dust for months. He had a really hard time sleeping laying down in the bassinet, so we found the only way to get him to sleep was in the baby swing because it partially sat him up, which only people who want their babies to die do supposedly. He HATED, LOATHED, and CONSPIRED against the ergo baby carrier. The absolute second after I put him in he screamed as loud as his little four week old lungs would let him. He generally dislikes pacifiers but on the rare occasion when he will take one it certainly isn't the orthodontic approved ones. When I tried to put butt paste on him he made the maddest angriest face you've ever seen on a wee one, maybe he didn't like the feeling? And those cloth diapers. Well that's another story. But essentially they never worked out. No one ever mentioned how impossible it is to fit a onesie over those suckers. Plus they don't fit well around their legs at all. They're either too loose so poop can come out, or they're too tight so the fabric imprints on their legs and upsets baby (and mom). It's like there's no in-between!

So instead of using my special organic swaddlers we used fuzzy warm blankets that he loved, returned the ergo baby carrier for a baby bjorn, stopped forcing pacifiers and butt paste, and have made many trips to Costco for bulk disposable diapers. But somehow compared to my expectations for what making a happy baby was when I was pregnant, things have turned out completely different. I hurry through the grocery store normally in sweats, my baby in a mismatched outfit, buy the cheapest produce which they have (not organic) and hustle back home, because my baby would rather be on a walk with the dogs around the neighborhood then strolling through the grocery store. Likewise my baby doesn't know any different if I wash his clothes in Dreft or in Tide. Nor does he care if the applesauce is home blended from organic apples or if its store bought - which it most often is. Who has time to make their own baby food?! At the end of the day I would rather do whatever is easiest or what makes my sweet baby happiest, which is getting to spend time with me. I'd rather play with him then spend time making perfectly cooked meals. And I would rather see his sweet smile and hear him laugh than spend any extra of that spare time doing extra loads of laundry from cloth diapers.

There are many ways of doing things and products available for babies. Some are glorified as the ultimate best option. However, every baby is different and while one might be marketed as 'the best' that doesn't mean that it is. The reason why so many options exist for babies is because each baby needs something that will fit their circumstances best. Likewise the parenting to-do list went out the window. We did co-sleeping, bottle propping (because getting up five times in the night means you have to find ways to get back to sleep faster), disposable diapers, let him learn to entertain himself under the play mat so laundry can be done, and allow him to stick his hands in his mouth without having to clean them each time. Our parenting style is a lot more relaxed (in some ways) than I planned on it being, but I do what makes my baby happiest which means being flexible. Thing's might not have gone the way I had planned them, but we changed to adapt to what was best for our baby.

In the end I'm not the mom I thought I would be...because I'm the mom I need to be. 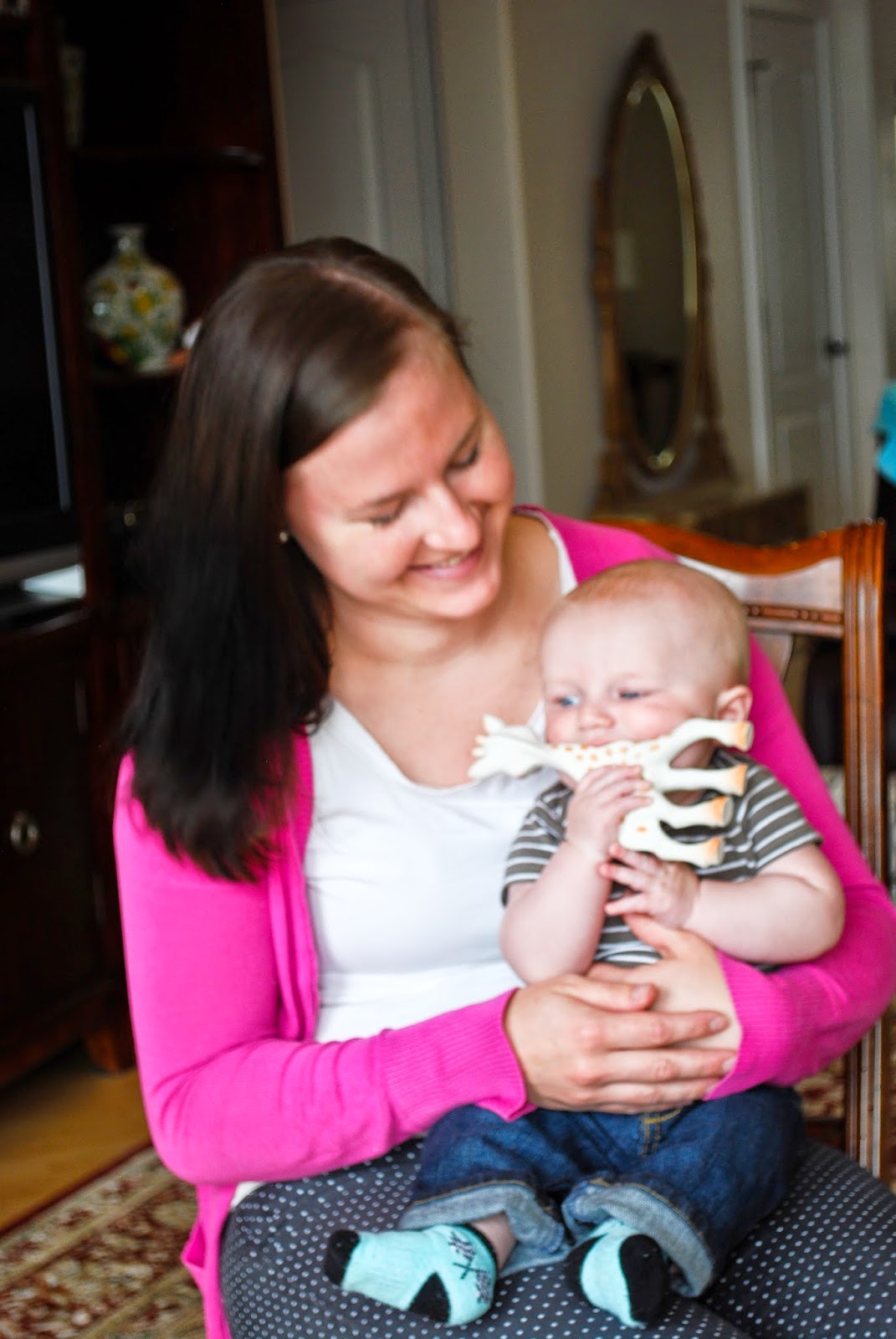 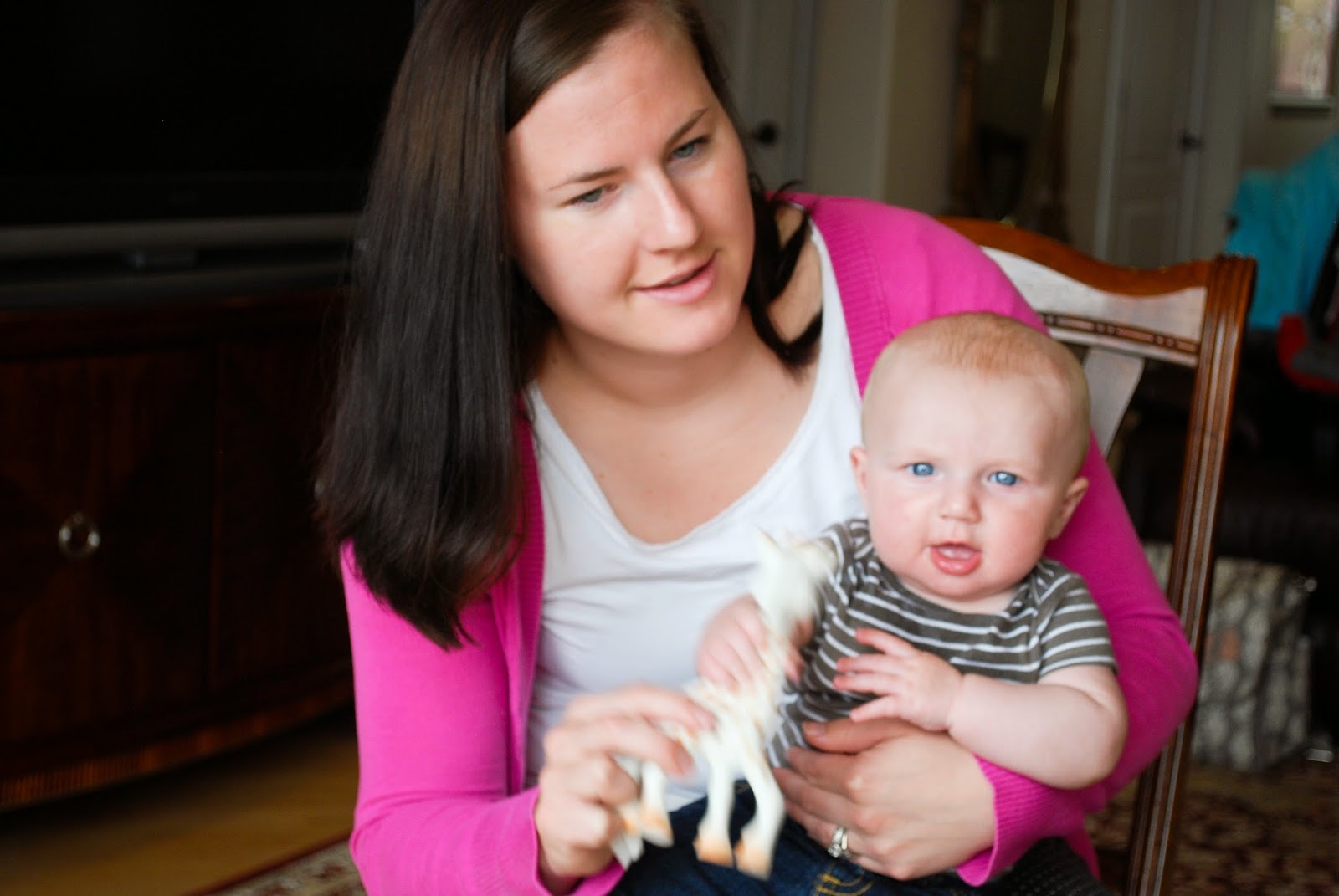 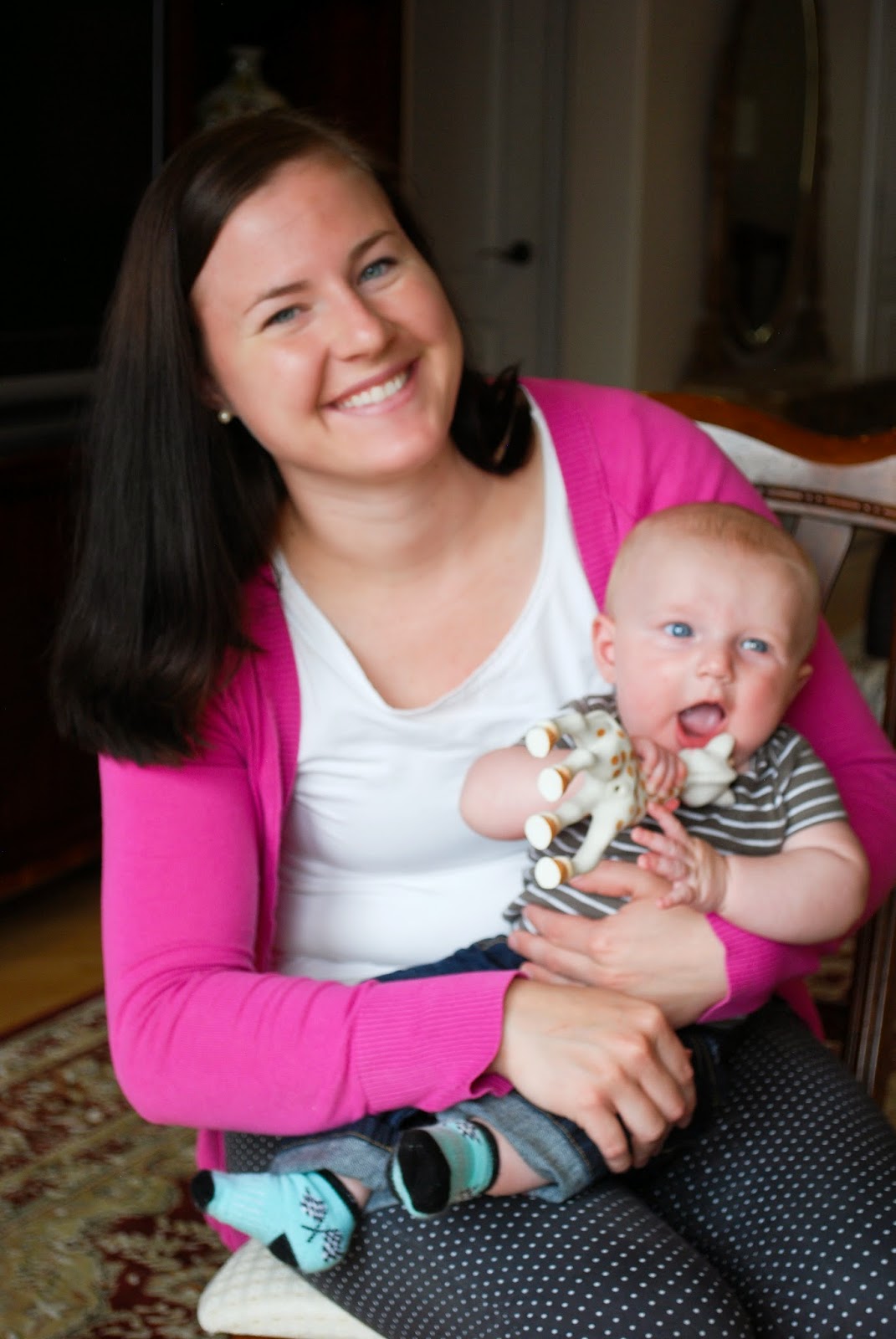 p.s. might I add, none of these items or ways of life from cloth diapers to making homemade baby food is bad, but the reality is that you need to choose what is best for you and your situation and not just stick with what everyone and their dog tells you is the 'best way' to parent. It doesn't mean you are a bad parent, it just means you're doing what's going to make baby happiest.
written by Melissa Smith 4 comments
Email ThisBlogThis!Share to TwitterShare to FacebookShare to Pinterest
Newer Posts Older Posts Home
Subscribe to: Posts (Atom) 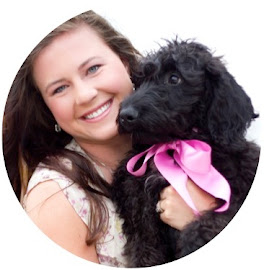